Log in
This is who we are and how we live!

Our goal is to give the Vietnamese community a face by making a book filled with interviews, photos and information.

Read more
11
Backers
$410
Raised of $19,000 goal
0
Seconds left
Tweet
Our goal is to give the Vietnamese community a face by making a book filled with interviews, photos and information.

A Book about the LGBT community: This is who we are and how we live!

Many Vietnamese LGBT persons lead invisible lives. Their stories are never told and those who dare to come out of the closet are often alone and have a low self-esteem. At the same time it’s hard for those who want to come out without any examples of how good and normal life can be as a Vietnamese lesbian, gay, bisexual or transgender. Our goal is to give the LGBT community a face and a voice.1.

The Vietnamese LGBT community needs clear faces to show that it is good to be a lesbian, transgender or gay. ICS (Information, Connecting and Sharing.2), the non-profit LGBT organization of Ho Chi Minh city, Vietnam and I, would like to raise self-esteem of the Vietnamese lesbians, transgender, bisexual, lesbian and gay persons. The coming out process will get easier by providing positive examples and tell the stories of a variety of Vietnamese LGBT persons. At the same time we want to celebrate diversity and show how different lifestyles are not only possible but also fulfilling. This way we hope to reach out to all those in doubt and in need of certainty. Especially young people need positive role models. Coming out and being who you are is vital to healthy and happy living. Though it can be hard most LGBT persons come out stronger and more self-assured.

We want to reach this overall objective by giving the community a dual language book filled with interviews and photographs, filled with their own stories. It will contain personal histories of lesbians, gays and transgenders in different age-groups coming from all parts of Vietnam.

Topics in the book include coming-out stories, first love, relationship with the family, education and work, successes and hopes and dreams for the future. Our book focuses on the stories of 18 to 24 persons, meaning 6 to 8 portraits of both lesbians, gays and transgenders. We will include some famous Vietnamese, the majority will consist of ordinary LGBT community members. Apart from that, part of the book will provide information on the socio-legal rights of LGBT persons in Vietnam and Asia and the socio-political context they are living in. Moreover an extensive list of organizations with information about their work and whereabouts will be provided

The book will be distributed by ICS to the LGBT community, schools and libraries. Moreover, we will make a presentation to promote the book, the community and ICS. We want to reach out to readers and LGBT by giving presentations in the form of lectures and an exhibition. This presentation consists of 7 posters, printed on canvas to travel around the country. Six photos will show a person and a quote from his/her story. One additional poster gives extra information containing photos from the community and events.

In Asia the family is vital to surviving. The LGBT community is our second family and needs to be more open so it can reach out to those in need of guidance. This book and exhibition will give the Vietnamese LGBT community a positive input and stimulate emancipation. It will also give a face of the LGBT community in Vietnam to the rest of the world. 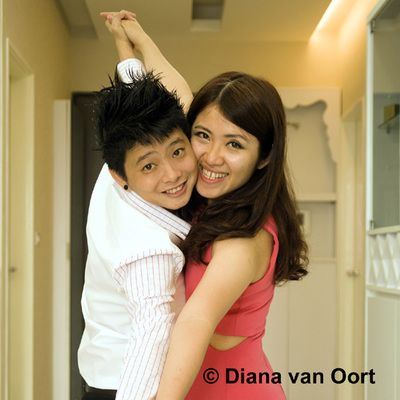 There will be 18-24 interviews. Each interview has 3 pages with text (x2 dual language) and 2 pages with photos. Total 8 pages. 18 interviews would mean 144 pages, 24 interviews would mean 192 pages. The rest of the book will be filled with information on the socio-legal rights of LGBT persons in Vietnam and Asia and the socio-political context they are living in. Moreover an extensive list of organizations with information about their work and whereabouts will be provided as well.

Vietpride in Ho Chi Minh city, hotels, restaurants with LGBT owners or clientele, meetings and exhibits organized by ICS. ICS will distribute the books to schools and libraries as well.

*The interviewer will work on a volunteer basis with a budget of $1.000 a month to cover expenses. 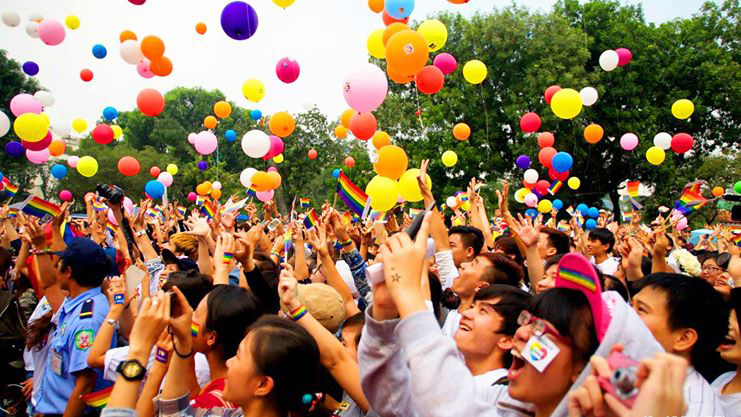 1. Vietnam's community of LGBT people has seen positive change in the society over the past five years. According to a survey of 3,214 LGBT people done by ICS, 44% said they witnessed positive change in the society’s attitude towards them. Also, 37% said they were confident to come out. Twenty percent of the respondents said the government has begun to recognize them and 10% said there have been many official activities for their community. However, old cultural and social mores have deeply engraved in the mind-set of many people as nearly half of the respondents said they are often victims of discrimination. Up to 97% admitted to being discriminated against at least once. LGBT are still being discriminated against in their family, at school and in the workplace, according to the survey. One of every three LGBT people said they did not find any support and 10% of respondents said they thought about committing suicide. Nearly half of the respondents are not aware whether they are infected with HIV/AIDS and other sexual-transmitted diseases because they have never tested. The survey also found 75% of respondents need psychological consulting and 67% needs legal consulting.

2. ICS was founded in 2008 as a group of volunteers who were administrators and moderators from the 5 largest LGBT online forums in Vietnam. With financial assistance from Ford Foundation and technical assistance from iSEE, ICS changed negative portrayals of Vietnamese LGBT people in the media. From 2011, ICS started to work as an organization for LGBT people and by LGBT people. Our mission is to unite and empower Vietnamese LGBT people to live positively and to advocate for and defend their human rights. We believe in a society where sexual minorities are treated equally and where everyone can live as who they are and are able to contribute their best to the development of society. From 2013, ICS started organizing talkshows, training sessions about LGBT and sexual diversity with participants who were students and young people. We have been working with teachers and students from 20 universities and colleges. Together with building leadership and providing technical support to local LGBT leaders and straight allies, these activities expand to high schools, clubs and training courses for the youth. From the beginning of 2015 till now, ICS conducted the sessions in 5 schools with over 3,500 students and teachers. ICS is also working with UNESCO for sexuality education advocacy.

Key achievements ICS:
•    Successfully raised the profile of LGBT issues in Vietnam.  The debate has been shifted from 'Do LGBT people exist in Vietnam and they normal?' to 'How to protect their rights'.  In May 2013, for the first time, Members of the National Assembly dialogued with the LGBT community and their families. The challenges faced by LGBT people are now widely discussed and debated in the media, and by different government agencies at various levels.
•    The visibility and pride of LGBT communities in Vietnam is increasing, also thanks to our public events: such as a flashmob, Love is Love: Diversity Festival, which attracted thousands of LGBT participants and supporters and was widely covered by the media. In May 2013, Awakening to the Rainbow, an event to celebrate International Day Against Homophobia (IDAHO), was organized in four major cities of Vietnam – Hanoi, Da Nang, Ho Chi Minh City and Can Tho and with over 3,000 participants.
•    Inspired by ICS, LGBT communities in different parts of Vietnam have come together to form groups or organizations and have joined the advocacy process.
•    We have created a network of journalists who are supportive of sexual diversity and equal rights for LGBT people. Five years ago, over 40% of articles about LGBT issues were stigmatizing and gave negative portrayals of the LGBT experience. Nowadays, the majority of articles are objective and supportive. In April 2013, Tuoi Tre, one of the most popular and influential daily newspapers in Vietnam, ran this title “Many proposals supportive of same sex marriage” as the major headline on its cover page. 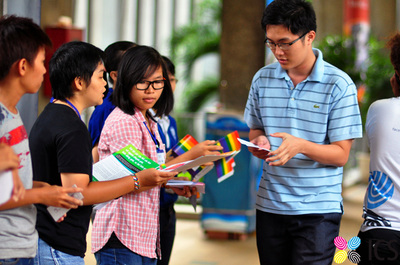 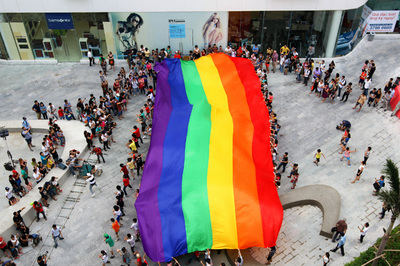 All donations are welcome, but donations starting at $15 or VND 300.000 will receive one book or if they wish a Pdf of the book. At the end of the project, there will be a financial statement to specify the money received and the money spend. If there’s additional money, we will print more books. If there's less money we will print less books and/or get additional funding.